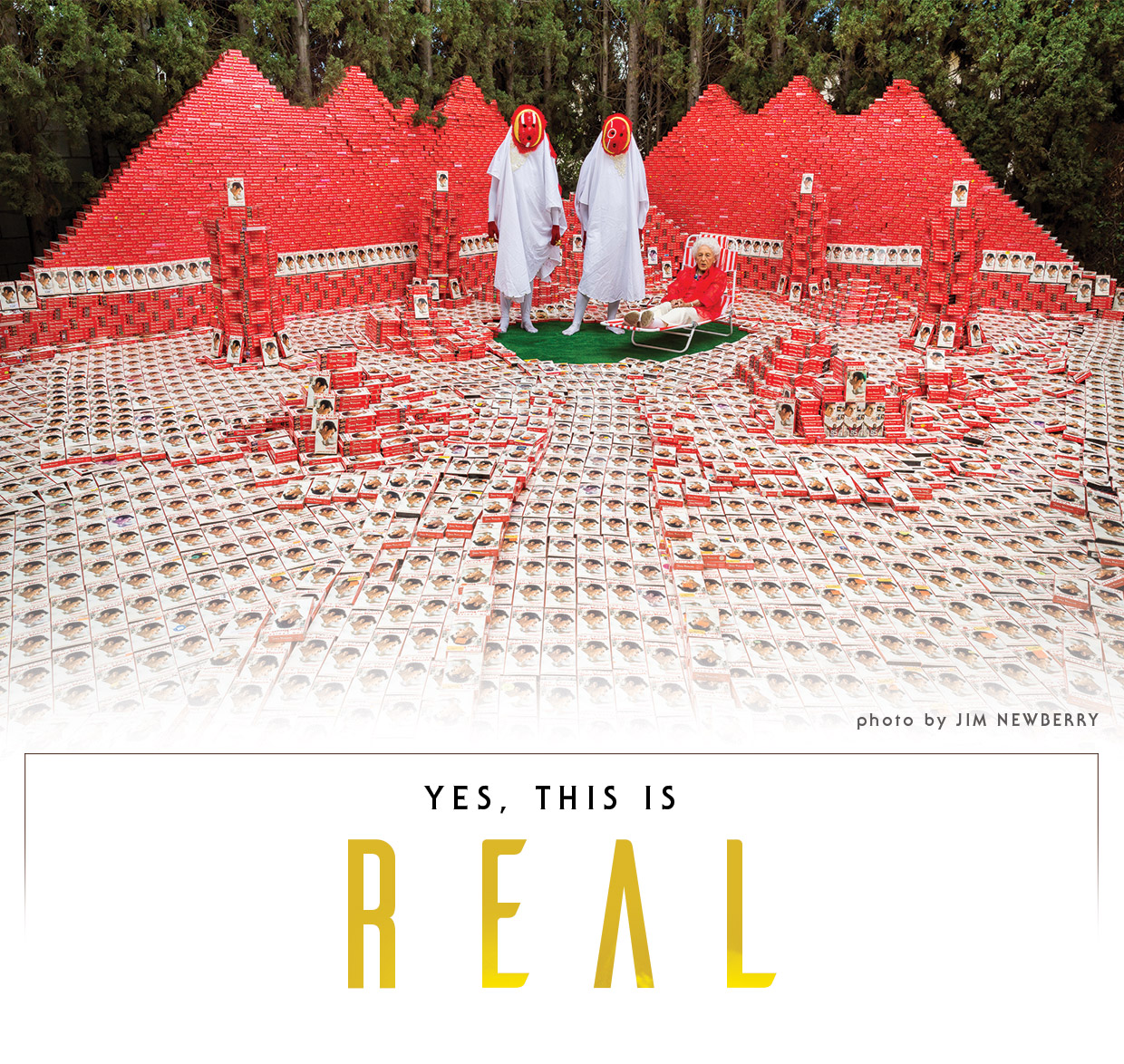 Over the last 7 years, Everything Is Terrible! has amassed the world’s largest collection of Jerry Maguire VHS tapes. This absurd piece of long form performance art has been achieved solely through fan donations, with a current total of over 15,000 once beloved video tapes. There have only been 3 public viewing of the full collection; the Jerry Throne at The Cinefamily (2014), the Jerry Temple at Perform Chinatown (2015), and The Jerry Maguire Video Store at Iam8bit Gallery (2017). Experiencing thousands of Jerrys finally reunited will forever destroy the viewers’ previous perception of culture, waste, and existence as a whole. The Jerrys are a beautiful thing and should be enjoyed by all.

Somehow this is only the beginning. The plans have finally been revealed for the enormous, permanent Jerry Maguire Pyramid, which will rise from the American desert. Everything Is Terrible! has been working with a team of architects, engineers, and builders to design this epic monument to America’s consumption. Now they need your help to make this stupid dream a reality. $500,000 will be needed to cover the land, materials, and labor that are necessary to build a permanent and safe pyramid of this size. You can make a financial donation at https://www.gofundme.com/jerry-maguire-vhs-pyramid and you can mail Jerrys to PO Box 50825, Los Angeles, CA 90050. This is the stupidest incarnation of the American dream and it must be realized.